Why helping your wife succeed can make you a better man

It’s been a few months since I took the plunge and decided to divide my time between working for my entrepreneur wife with her coaching business and looking after my 2 daughters. It’s mostly glorious. Not without its challenges due to their young age (the children not my wife!). But it stands to reason the more you do something, the better you get, and I think I’ve become a better dad in recent months. All the girls need is attention and things to do, and I’ve become much better at reading their needs and coming up with novel ways to entertain them and ensuring they get to let off steam.

I’ve been thinking how I have become better and it has been partly down to observation. Now that I know I have sole responsibility for them half the week I’ve been paying attention to what their mum and our wonderful child minder do. Both would admit they aren’t perfect, but they almost are.  Us men in general need to exhibit more patience – improve that, and the meltdowns last a fraction of the time. And everyone is happy. It’s obviously not an exact science, but what I’m saying is – if you get the chance to spend more time with your children – do it. Even if it costs you financially, the rewards are astronomical. Why anyone would feel less of a man because they are being more of a dad is beyond me.

I’ve become a confident and involved dad and given my wife the space to do what she does best; help women through her coaching business live up to their potential.

Helping her achieve that and being involved in what she does has see her in a totally different way. The amount of effort she puts into her business amazes me. Now bear in mind she previously did the same amount while having to deal with the kids a LOT more (and most of the cooking) and I feel a sense of shame at my lack of support. No point fretting though. Thankfully I’ve woken up.

A Coaching Business That Changes Lives

She might say that the reason why she does what she does is for her children. I don’t think that’s true and why should it be? Yes, the end goal of a working life should be cash in the bank so your family can live more comfortably – but working for YOURSELF should but about YOU and your GOALS and no apology is needed. It just so happens that the nature of her work means she makes a difference to women’s lives and helps them achieve their dreams. Which means she is having an impact on the world – to help her do that is a privilege and I make no apology for feeling good about it. By osmosis I’m helping too.

I’m lucky that she’s easy to work for, mainly because I work with her and NOT for her. She loves new ideas and shows appreciation for what I can offer. I’ve felt more appreciated by her than I have any other employer I’ve had. And I can see the end results of her success more clearly than when trying to climb the corporate ladder.

One of the reasons this is working is that I have never had fulfillment in my own career so seeing Sinead help others excel gives me a real buzz. My dreams of playing a glorious homecoming gig in front of thousands or pulling on a West Ham shirt and terrorising the Spurs defence died in my 20s (I do still dream really, that’s allowed). My wife is much better at doing her job then I ever was at mine – And I could be pretty good at times. It makes perfect sense to help her do what she is amazing at.

Practicing what I want to preach

The old cliches of what a man does and what a woman does in many ways never existed in our family anyway. I have always taken on most of the cleaning, because I like it. But the cooking? Nope. She is better. Correction – she was better. The satisfaction that I get from cooking has gone through the roof. A thumbs up from my kids makes my day, although it can be a tough thing to get!

This is just one example that has made me appreciate the role that women have had to endure in decades past and even more so for what the working woman has had to deal with. She’s a proud feminist, but thankfully not one of the angry extreme ones. She has educated me and genuinely changed my opinion in recent years. I don’t always do the right thing but awareness is half the battle with us men sometimes.

I do most of the things listed here

Buzzfeed – Simple things men can do for feminism

but number 3 is my biggest challenge. But empathy for what the working woman deals with has helped me do my bit.

I’m proud to be part of that change. Proud that my daughters are seeing that the stereotypical roles are a thing of the past. I’m proud of what I do for a living. And I have genuinely never been able to say that before in my life.

Our situation is unique in many ways. A husband who is happy to do his share while helping his partner run her business isn’t the norm.  But the lessons I’ve learnt are important for anyone to take heed of……If you want a successful marriage, make sacrifices for each other. I’m proud to say we face the challenges together and we are winning in parenting and business as a TEAM.

What should you do if you experience sexual harassment at work?

How Businesses should handle Sexual Harassment in the Workplace

Stop Excluding – How to Foster a Culture of Diversity and Inclusion

Diversity and Inclusion is a hot news topic and under the

Why are women leaving your company?

"Why are women leaving your company?" is often answered with 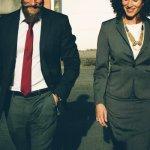 By David Steenson david@genwomen.profiletree.xyz When wo 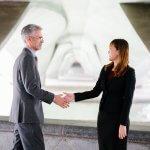 By David Steenson david@genwomen.profiletree.xyz One of

I’ve grouped my posts to help you navigate specific topics you would like to explore. If there is something, in particular, you would like me to write about, feel free to let me know via Facebook or on email at sinead@sineadsharkey.co.uk. I’d really welcome and appreciate your feedback.