The I in SHINE is Inner voice

Your inner voice is that nagging narrator in your head that just never shuts up.  If you’re thinking ‘what the hell is she on about, I don’t have a voice in my head’, there it is.  It comments, capitulates, and criticises throughout the day, as you’re trying to go about your business.  It can be your greatest cheerleader, or your biggest enemy, and left unchecked can be stopping you from achieving the goals and ambitions you have for yourself.  I was coaching someone on this topic today, and she said ‘I’ve read about this stuff before, but thought it was all nonsense’.  Thankfully that was a belief we managed to get rid of before she left, because when she breaks through her limiting beliefs, there will be no stopping her.

The quality of our thoughts determines the quality of our actions, and if the majority of them are critical or negative then you may be in possession of a self-fulfilling prophecy.  If your inner voice is your harshest critic, it could be stopping you from doing the things that can really help you or change your life.

Where does it come from?

It may be echoing the voice of a critical parent, a teacher, or even a friend (I’ve certainly had a few tracks contributed by a so called friend or two).  Quite often it’s from experience.  We have a negative experience, and that can be generalised so that your inner critic warns you off all similar situations.  This turns into a limiting belief, and your inner voice can’t wait to throw those in your face.  Sorting out these limiting beliefs will change the conversation completely.

We all have limiting beliefs.  They are the reasons we tell ourselves that we can’t do things.  “I can’t go for that job because I don’t think I know enough” (even though you are fully trained and could do it standing on your head), or “I can’t deliver a presentation because I’ll make a fool of myself” and so on.  Note the use of the word because, and then the absence of facts.  Instead it is followed by a big, factless, limiting belief.  I like to think of beliefs as stories we tell ourselves.

Our brain wants us to think it’s to keep us safe, and that’s primarily why these mechanisms exist.

Say for instance, you fall down some steps because of a loose tile.  Next time you walk down them, you would want your brain to warn you to avoid that step, but you don’t want it to make you afraid of all steps.  Unfortunately, the more emotional the response to the initial event, the more generalised the learning can be from it and make you more wary of future situations.

I can give you an example of my own.  I went through an interview a number of years ago that was terrible, my brain froze.  It was a second interview and 2 of us were shortlisted, so clearly the first had gone well, as had several others previously.  Unfortunately, that bad experience deleted all the good ones for quite some time.  I developed a real fear, and my belief system from that point on was “I can’t do interviews because my brain will freeze”, as a result I avoided them for a few years.  Had it ever happened before this? No.  Yet I now had an entirely new belief-system centred around this one event, and an inner dialogue to reinforce it at any opportune moment.

How do we change it?

Ever heard his song ‘Bob the Builder, can we fix it?’

This is the approach that really snaps you out of emotional brain mode, and engages the rational part of your brain.  So maybe instead of your inner voice saying “you’ll be terrible in this interview, your brain will freeze and you’ll look like a bumbling idiot” you might say “STOP IT” to silence the inner critical voice, then something like “I know I’m feeling a little nervous about the interview, what can I do to help my brain stay focused? Or “how might I give myself time to think” or “how do I stay calm even when feeling stressed?”

This approach helps your brain to focus on finding solutions, rather than getting stuck in the problem.  Also, you aren’t lying to your brain, you’re acknowledging the issues and then by using a word like little (“a little nervous”), it’s helping to minimise the issue.

You need to become aware of your limiting beliefs, and now you are tuning into your inner dialogue this will be a lot easier. This can be done by:

Observing yourself – Listen to the language you use. When you hear yourself say “I can’t…because…” and that because isn’t backed up by verifiable facts, it’s a limiting belief.  When you use black and white language: always, never, every time, not once has…these are usually followed by limiting beliefs.

“I never get it right”, “I always stumble over my words”, “every time I speak up in a meeting no one listens”, “not once has my manager noticed…” and so on.  We are trotting these babies out constantly, and just accepting them as if they were facts provided by NASA.

Working through this set of questions helps you to shake the foundation of an existing belief and identify a new one that will help you.  Two opposing beliefs can’t be held at the same time!

We’ve all heard about people saying things to themselves in the mirror, and like magic they feel differently. It doesn’t quite work like that, well for most of us.  Barney Stinson from How I Met Your Mother may be able to say ‘you’re awesome’ and believe it, because he is.  For the rest of us our inner voice is likely to jump in and say ‘hold on a minute, you think you’re awesome…’.  If that’s not how you feel then it will come off as a lie, and actually could do more harm than good.

This is why it works to consider your values, and speak to yourself in a way that is congruent with those values and the beliefs you hold around them (assuming you’ve already challenged and replaced a limiting belief).  Good questions to ask yourself are:  What is important to me?  You may want to make it more specific – what is important to me in my job/ about giving a presentation/ etc. Why is that important to me?  When have I behaved in that way?  How can I do that in [X] situation?

In delivering a presentation it may be that what is important to you is being eloquent.  Take some time to think about times when you feel you are eloquent.  Maybe it’s when you’re telling family a funny story, or chatting to your best friend on the phone.  What you’re doing is looking for evidence that it is possible.  We, mostly, all have a time when we feel what it is we’re looking to fell, and that’s where you disprove to your brain the belief you hold.  For instance I had other interviews where my brain didn’t freeze, or even within that interview, or when I’m chatting to friends….Once you have that chink, you can use that as your affirmation.  “I am eloquent” isn’t a lie, and your brain will be less likely to reject it.

Go on, change the soundtrack of your life, and see what transformations will follow, it’s a powerful way to #riseandshine.  We’d love to hear your stories and examples, please comment and let us know the differences you’re making. 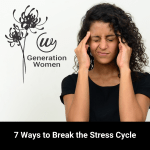 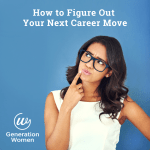 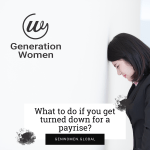 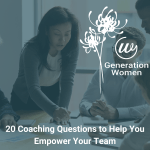 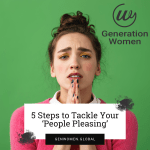